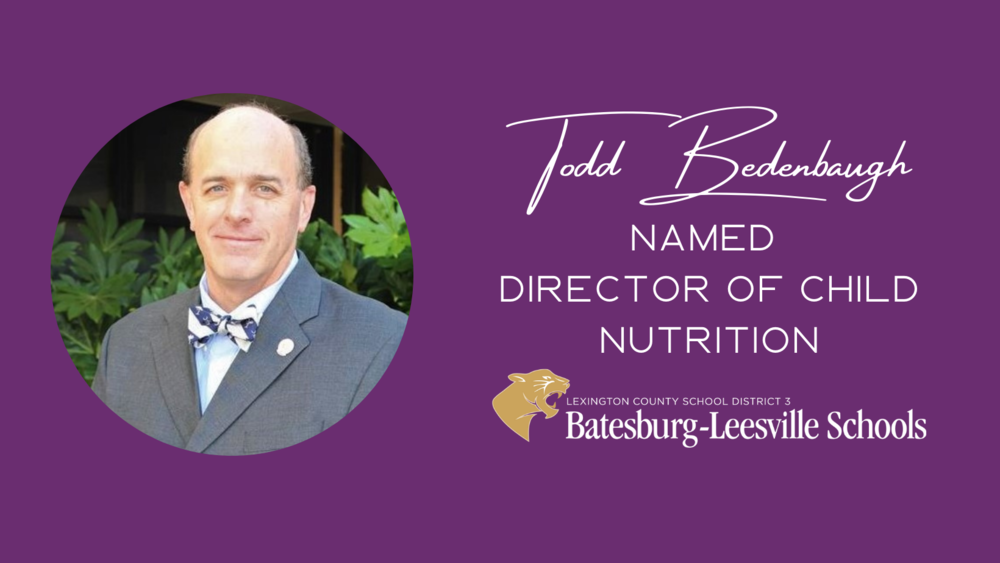 Mr. Bedenbaugh earned a Bachelor and Master of Science degree from the University of South Carolina in 1989 and 1996, respectively, with his major area of study being in the hotel, restaurant and tourism industry. He started his career in education with the Charleston County School District in 2000, serving as the Director of Nutrition and Food Services. In 2005, he took a job with the South Carolina Department of Education where he oversaw school food services programs across the Palmetto state as the Director of Health and Nutrition. Mr. Bedenbaugh made the move to Lexington-Richland School District Five in 2013 to serve as the Executive Director of Operations. In this role, he has supervised the district’s Transportation, Technology, Facilities, Maintenance, and Student Nutrition departments. He has also been in charge of new construction projects and custodial services for Lex-Rich Five.

Throughout his career, Mr. Bedenbaugh has been the recipient of numerous prestigious honors including the Southeast Child Nutrition Director of the Year Award in 2018, the SC State Director of the Year Award in 2018, and the Superintendent’s Lifetime Achievement Award for Outstanding Vision in 2018. He was also named to the School Nutrition Hall of Fame in 2021, has served as the President of the School Nutrition Association (2006 and 2016) and received the USDA Best Practice Award in 2015, 2016, and 2017.

Mr. Bedenbaugh, who is a graduate of Lexington Three’s Batesburg-Leesville High School, will officially begin his duties in the district in July.